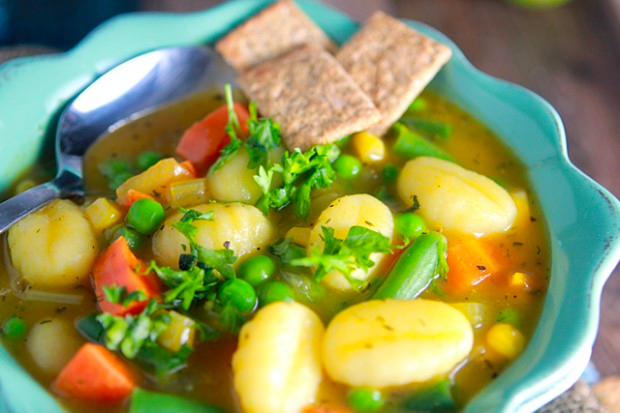 I picked my children up from school today and forgot to ask them how their afternoons had been. I was too hopped up after watching “Forks & Knives” (a documentary currently available on Netflix) to not talk.

“Guys. We’ve been trying to eat better, but we’ve got to DO this. The cancer and heart disease and diabetes rate for people who consumer animal protein are measurably larger than those who don’t. So, we’ve got to do this. We’ve got to make every meal possible vegan or vegetarian.”

I felt the passion beating in my heart. The speech was on par with the Gettysburg address. Moving. Powerful. 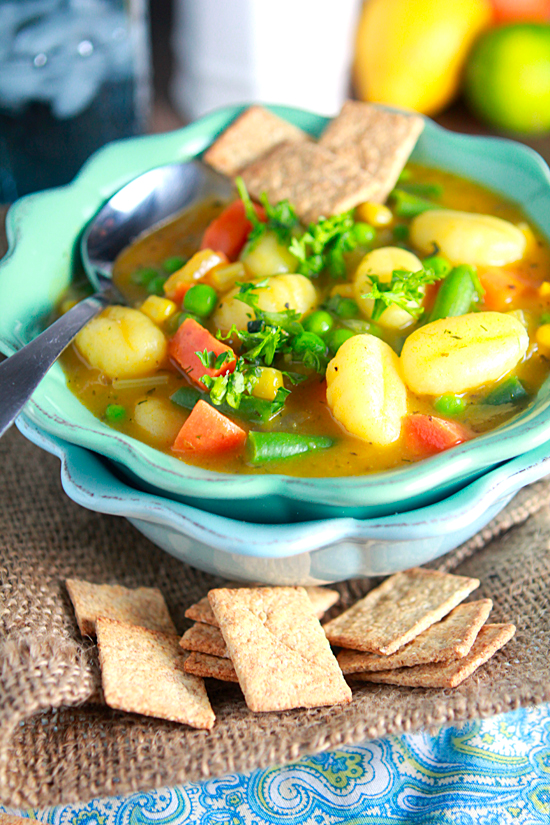 He debated me most of the evening. Tried to state made-up carnivorous facts. Sulked and whined and insisted his need for a half-side of steak every week.

At some point, I did what most moms have learned to do with know-it-all teenagers. You smile and nod, pat them on their furry heads, and then cook up a kickass meal. Because, I don’t care how much you THINK you need meat, if your mama can wow you with some seriously rich and hearty soup, you’re going to give in. It’s the only option. 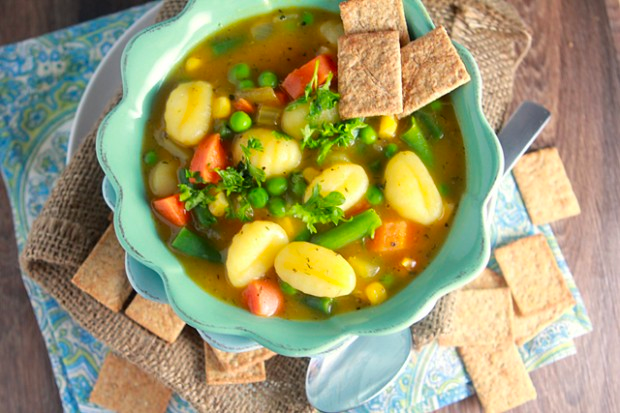 And so it was tonight. The teenager bent his head over his bowl, scooped heaping masses of Veggie Pot Pie soup into his face, asked for seconds, then said,

“Okay, okay. I could eat like this all the time. Vegan rocks.”

To which I replied with a wink and a gentle nod.

Because being a know-it-all, veggie-making mama rocks bananas. 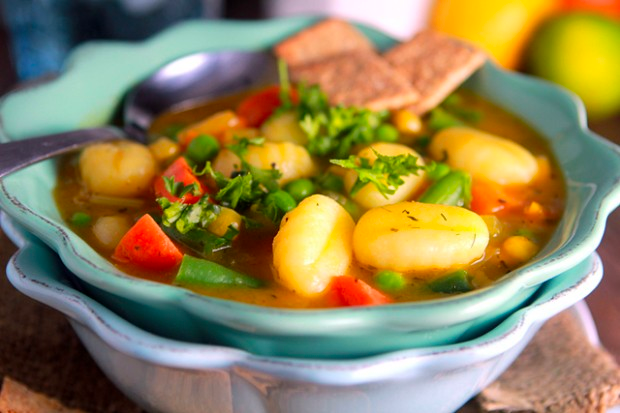