I’m wavering somewhere between being cryptic and downright gagged. Is there a middle ground between those two?

What I do know is that my real life, no matter how mysterious I attempt to be comes through in my writing. I may not say it outright, but you can tell by the language of my posts that it’s been a bad day. Or a week. Or, you know, one of those years.

So, I hope you don’t mind me being rather dull today. I’m downright exhausted and spent and I hardly want to blather on about it all if you’re just here for the recipes. But, if you are here for the gossip. Oh boy. It’s your lucky day, peachie pie, because mama Brooke has done gone off her scooter.

For the last several months, our family has been packing and setting plans in place to move to Orange County, California.  We were all thrilled, heading back to the city of my childhood. Moving minutes away from Nana and cousins and the beach. Ohhhh. The beach.

The countdown was on last week. Spring break hit and we spent hours organizing, boxing, teetering tall towers of cardboard boxes in the garage to make the task even quicker and slicker. Nine days to go. Eight. Seven.

Then, last night. Word came that the move had to be indefinitely postponed. That’s a funny word, indefinitely. I don’t  know of a more noncommittal word than “indefinitely.” But somehow, it’s so much easier to use than “definitely.”

I broke the news to four sobbing children.Six days away from becoming beach babies and the plans were picked up, tossed, and shattered. Breaking your children’s hearts. It’ll suck the wind out of you.

So, I hope you’ll forgive me for over blogging my business today. But, it’s just one of those days. Things’ll get back on track. We’ll figure out where to go from here.

In the meantime, we’re all eating mass amounts of Mike & Ike’s (they be vegan, yo), drowning our sorrows with homemade tacos piled high with a cozy slaw, and watching “Touch” on Fox. Because somehow, those three things together just seem to make everything not quite as bad as you once thought it to be.

“At any given time the universe is giving you the best result possible.” ― Deepak Chopra

I was surprised to see my children devour plate after plate of these tacos. We served them with grilled yellow squash because I had it in my fridge, but feel free to keep this meal simple and serve up the BBQ beans with the slaw and a bit of avocado and tomato to top it all off. Splendidly simple and full of flavor. Especially fun when you serve with both soft white corn tortillas and hard white corn taco shells to expand the dinner options.
Print Recipe 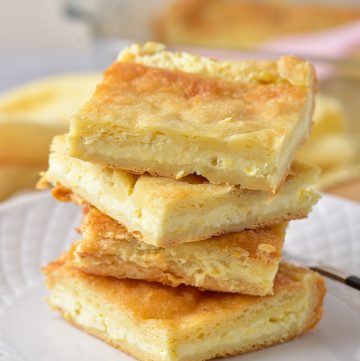