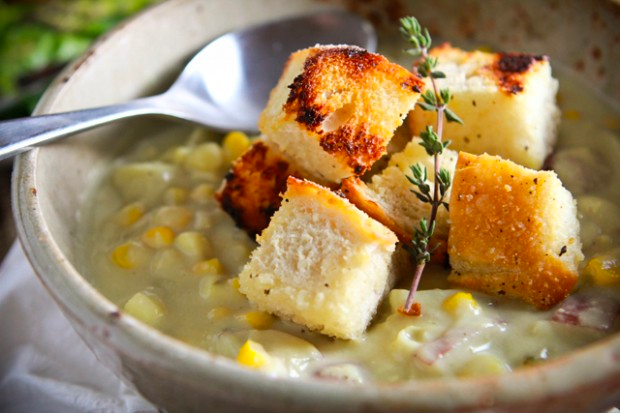 Guys. The wind is whipping around outside. We’ve had wily weather. I get bone cold every night and need to take a bath. Yes, I recognize that saving the earth as a new vegan is nearly cancelled out by the fact that I nightly fill a giant tub with water and soak in it until my palms shrivel all while catching up on episodes of SMASH.

It’s winter, yo. Hot baths are all I’ve got.

Can we talk about saving the earth later? 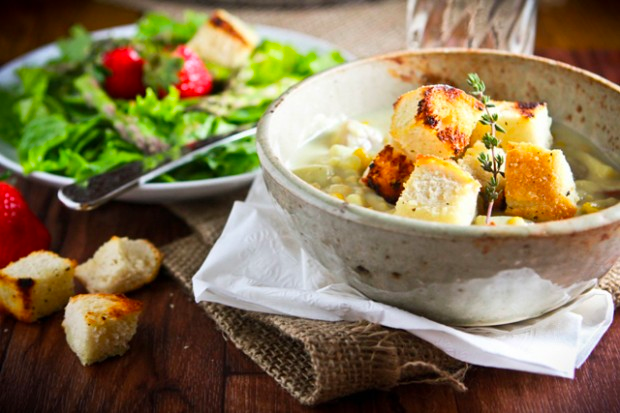 Actually, I totally lied up there. Hot baths are not the only weapon we’ve got to fight the winter blues. There is also thick, hearty chowder. Corn chowder. With potatoes. And vegan power.

Yep. That creamy concoction waving at you up there is actually vegan. Rich, flirty vegan. All sexy hot and topped with homemade croutons, like it’s wearing a fur stole.

Only fur stoles don’t do much in the way of saving the earth either, do they? 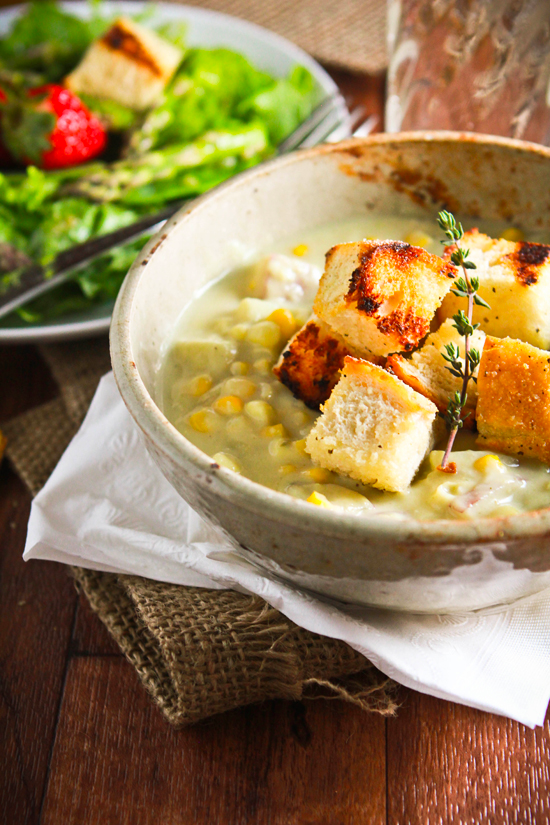 For the love. What kind of vegan family website would recommend nightly baths and metaphorically describe soup as covered in a fur stole? What are you doing here? You can’t trust a thing I say.

Cold showers and wound up with woolen hemp? That could work.

Only not real wool, ya know? Fake wool. It’s totally not a thing.

Eat vegan chowder. Warm your bones. Save the world. Amen. 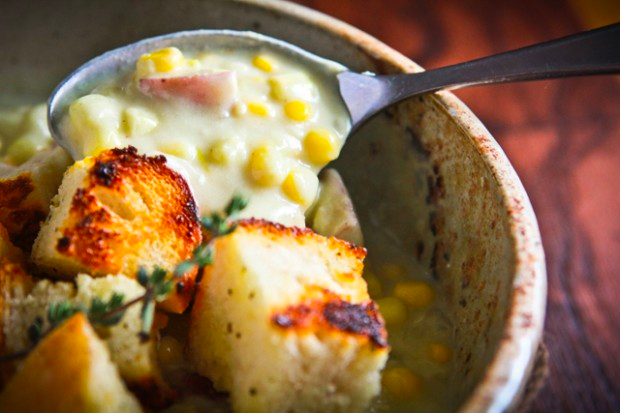 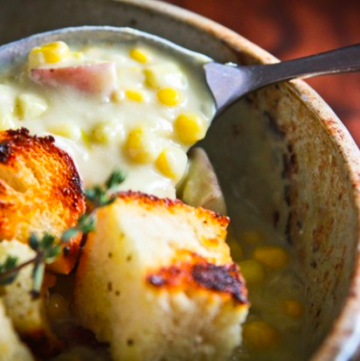 For the Homemade Croutons: 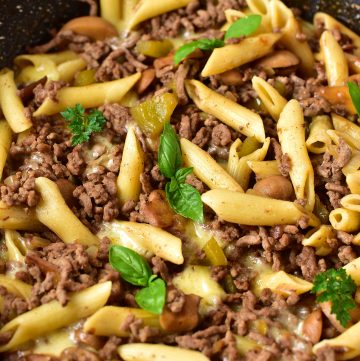 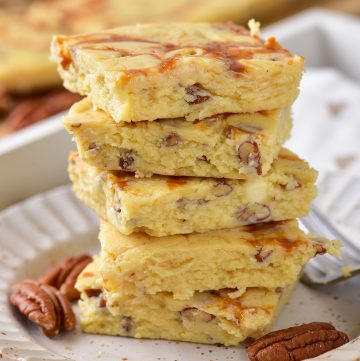 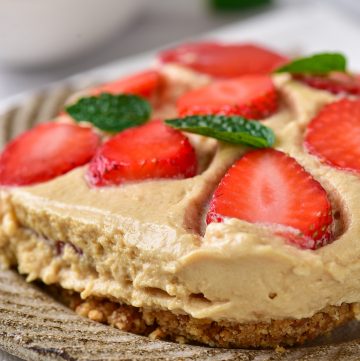